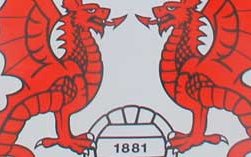 Leyton Orient were beaten by Crawley in League 2 on Saturday.

A first victory in seven for Crawley put another nail in Leyton Orient’s coffin we they bid to stay in the Football League.

Three goals in nine first half minutes secured the Red Devils a 3-0 win that means Orient – after a fourth straight defeat – remain bottom of the league and seven points from safety with games running out.

This video shows the highlights from this game at the Broadfield Stadium.

Who was the Orient MotM? That’s what the latest poll is asking so do cast a vote.