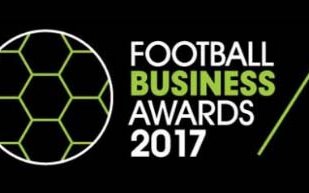 With the shortlists released for the Football Business Awards a few months back, the ceremony has now taken place and the 2017 winners and runner ups are known.

Swansea City took the gong as overall winner for this year.

Southampton came in second place, with Everton in third.

Also in the running for the award were Liverpool, Tottenham Hotspur and West Ham United.

Aston Villa came in second, with Brentford in third.

They were joined by Brighton, Huddersfield Town, St Johnstone and Wycombe Wanderers on the shortlist.

The shortlist also contained Middlesbrough and Club Wembley One Twenty.

The Emirates Stadium and Stamford Bridge featured on the shortlist.

Best Fan Engagement by a club:

Sunderland won out in this category, with Manchester City and Tottenham Hotspur following.

Arsenal, Leyton Orient, Kick It Out & the Football Supporters’ Federation, Liverpool and Rangers featured on the shortlist.

Best Use of Technology in a Football Club:

Aston Villa and Hull City featured on the shortlist.

The 2017 prize went to Burnley in the Community. Liverpool came second with Swansea in third place.

Everton in the Community and the Football Foundation were on the shortlist.

The CEO of the Year award:

Tottenham’s Daniel Levy won in the Premier League. The Championship went to John Kay at Preston North End. League One to Stephen Bettis at Sheffield United, League Two to Gary Sweet at Luton Town and the SPFL gong to Aberdeen’s Duncan Fraser.

An outline of the winners and runner ups efforts in each shortlist can be found by Clicking Here.