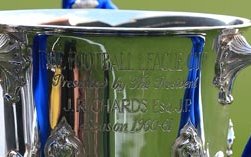 It’s been reported this week that the Football Association could now fast track video assistant referee help for match day officials in the League Cup.

It had originally be planned that video technology would come into the League Cup in January 2018, but the BBC reported yesterday that the Football Association are now willing to speed up the introduction process and lead with it in August in the first round of the competition.

Speaking about potential changes to the rulebook once again ahead of the coming 2017/18 campaign, chief executive Shaun Harvey explained.

‘The board will consider allowing the EFL Cup to be utilised.’

The decision will be made in May at the next major meeting as things are firmed up for the coming year, but with growing video technology in the game now and video assistant trials on going worldwide it is only a matter of time before they come into play and further remove avoidable errors in the game.

FIFA president Gianni Infantino also remains keen to use the system at the 2018 World Cup in Russia so further introduction and use would undoubtedly be supported by him when it came to goals, red cards, mistaken identities and firming up penalty decisions.

The VAR (video assistant referee) system was certainly in the news following the Paris friendly between France and Spain where Antoine Griezmann saw the system rule out a goal for offside, whilst Spain were awarded a goal after replays when they assistant referee wrongly flagged for offside.

‘If it is verified and it is fair, why not use VAR? It changes our football a little. It is against us today, but if we have to go through this, it will be the same for everyone. Afterwards, without VAR, it would have been different, but it is the evolution of football. That is how it will be.’